GMAT Probability questions are designed to be a pain in the ass, but that’s almost entirely smoke and mirrors.

It’s a bit of a dumb kind of math and it’s not really clear why Probability is even used on the GMAT. Mostly that’s because it’s something that the writers of the test know that many people haven’t studied in high school.

That said, GMAT Probability Questions aren’t the be-all end-all of your score, so if you’re having issues with simpler topics, get back to the repetition!

Fear of learning new things aside, there isn’t really much to do math-wise with Probability. It just involves learning how to plan–the actual math behind it is really straightforward!

Or, perhaps put a better way, given that it works best for gambling, it can’t really be that complicated.

Obviously I’m doing this as a non-scientific and arguably judgmental poll of people I see entering and exiting William Hill locations in London, but just work with me here.

Really, all Probability (and hence GMAT Probability) is trying to do is to give us a mathematical way to predict the future, which works with roughly the accuracy of a carnival fortune teller.

Add to that the fact that most people are absolutely crap at Probability and probabilistic thinking, and you get a bunch of language that is thrown around freely but has a great tendency to mean roughly fuck-all.

Realistically, there aren’t very many arenas where probabilistic thinking is useful, which is likely why people tend to be so bad at it.

Any time that we hear something about odds, chance, likelihood, or sort of just any mathematical prediction of the future, we can learn to be skeptical: there’s a reasonable chance that there is some sort of core misunderstanding going on.

So let’s step back for a moment. What does “chance” even mean?

That is, without defining it as “likelihood” or some other useless tautology. Again, predicting the future.

Enough with the nihilism, however. There is one place where Probability is obviously useful: let’s walk into William Hill for a moment and take a guess.

Consider what Probability was designed for: gambling.

No joke! Probability was originally developed as a tool to help bookmakers understand gambling odds so that they could encourage the punters to lay money down more effectively.

It’s little surprise that so many of our GMAT Probability questions continue to involve finite game systems. That’s where it’s best suited to use.

A further implication of this is that the Charlie Bukowskis of the world, spending their off-hours at the track, keen poker players in every gambling den, illicit or not, and James Bond wannabes at the baccarat table, actually have a very keen intuitive sense of probability.

Let’s give credit where credit is due. Maybe I’m being too hard on the folks over at William Hill.

Why are gamblers so good? Bettors have skin in the game.

They need to get good at these things or they’ll lose their shirts. If you don’t learn those same things, GMAT Probability will ruin you. That’s your skin in the game.

Probability may seem like a total minefield, but that’s the purpose of this book: it is designed to be a (relatively) painless way to make sure that ain’t the case by the time you tackle actual exam questions on GMAT Probability.

Some ways we traditionally misunderstand probability

True story: I used to work as a radio DJ and we were legally obligated to read the state weather report every hour on the hour.

Now, as it turns out, there was a tiny little outside window that I faced when on-mic.

What do I do? Well, obviously I use this as an opportunity to give the wider public a lecture on Probability theory, finished off by playing “Higher” by Creed for the tenth time in two hours (also by station edict rather than personal choice).

This in mind, I’m sure that the radio listeners of the White River Valley in New Hampshire loved me.

The order of selection affects the Probability in ways that we have a tendency not to expect:

If a family has four children and each child is equally likely to be a boy or a girl, what is the probability that they will have exactly two boys?

Well, if you have four kids and you want half of them to be boys, then it would stand to reason that it’s a 50% chance.

Yeah… no. Doesn’t work like that. The Probability is actually 3⁄8. We’ll revisit a similar case in time–just keep scratching your head for the moment.

Let’s say it’s perfectly weighted coin that would never land on its side or never have George Washington’s fat head weigh more than the cloyingly patriotic Eagle on the back, etc.

In short, the chance for each flip is exactly half-half Heads-Tails, respectively.

Let’s look at the following situation:

I’ve flipped this @%(*@$^! coin thirteen times and they have all been Tails! The next one M​ UST be Heads.
Er… no. Given that the Probability recycles every flip, that means the chance that you’ll get Heads (or Tails) the next time is actually… ​drum roll​…

Think about it: the previous outcomes don’t matter at all to the current outcome and therefore give us no sort of context for likelihood of the next toss. In short, ​the only thing that matters is the current toss.

This is known as the Gambler’s Fallacy, or “Past Predicts the Future.” In other words, just because something has been known to happen in the past, we have no particular certainty that it will continue to do so.

Four:
Given an infinite universe, it is entirely possible that anything could happen. For example… There exists a chance that the Sun will nova overnight; therefore the Sun will not rise tomorrow.

Premise: it is a possibility that the Sun will experience a nova this evening (or early tomorrow morning). Fine. It’s reasonably minimal given our current data–that the Sun has risen every day for the past six billion years or whatever–but I’ll go with it.

Is this statement possible?

Therefore, the sun will not rise tomorrow.

Just because something is ​possible d​oesn’t mean that it will happen. It’s absolutely possible that a freak astronomical event will occur with no prior warning, but it’s pretty damn unlikely.

Other fallacies, such as Base Rate, Confusion of the Inverse, etc.

These are beyond the scope of what GMAT Probabiltiy will discuss and for this reason–as well as for your sanity–I will ignore them.

You can find out more about which cookies are used and how to switch them off here: settings. 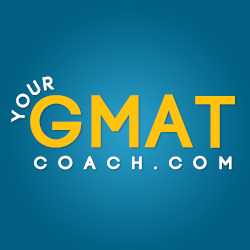