Sentence Correction is at once one of the most objective, “quant-like” sections of the GMAT Verbal, to paraphrase Ron Purewal from Manhattan. What Ron is talking about is that there are a lot of pretty objective rules that you can apply—things that will work a huge majority of the time.

There are quite a number on the GMAT. In fact, it would be almost every “rule” rule within the Sentence Correction section.

In short, these are situations where one objective statement will work the overwhelming majority of the time, but in certain contexts you’ll find that it’s OK to use a different one.

The way I look at these is to say, “I’m going to use the 95% Rule to eliminate three of the potential answer choices.”

This leaves me with one or two remaining. In the case that one of these remaining answers is pretty clearly correct I don’t feel bad about choosing it.

In the case that both of the remaining answers are objectively incorrect, I’ll have to step back and wonder what’s gone funny here. 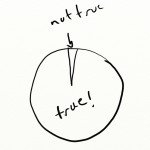 Why doesn’t it work all the time?

Simple: these are style errors and not grammar errors. They don’t sound great but there are circumstances where you’re forced to go with odd style to make the grammar work correctly.

More importantly, perhaps, you’ll find situations where the other four choices are just objectively incorrect and you’ll have to go with bad style even if you don’t want to.

Putting it into practice

One of the most classic 95% Rules on the GMAT is use of the word “being.”

An incredibly huge amount of the time, any sentence with the word “being” can be considered incorrect. Really—just go through and throw out any potential answer that uses the word “being” except after a preposition (“of being,” “by being,” “for being,” etc. are OK).

Because “the act of being” is really the same thing as existing, if anything “is,” then it “is being.” That means it’s redundant in almost every case.

Too much philosophy? Just remember to throw the damn word out.

This works well—until it doesn’t

Being heavily committed to a course of action, especially one that has worked in the past, is likely to make an executive miss signs of incipient trouble or misinterpret them when they do appear.

So how do we know what’s happening here? It’s an ugly sentence, no question. Would it be better to rewrite it as “Heavy commitment to a course of action…?” No doubt. However, that’s not one of the answer choices. All of the other choices are grammatically incorrect.

Remember that “being” is a redundancy error—that’s style and not grammar—if we have an objective grammar problem, it will be “more disqualifying” than a style issue.

Let’s take a look at a different example.

Our 95% Rule is that when speaking about amounts of money, we need to say that, for example, “200 dollars is on the table.” Basically in any case we would use “is.”

It’s pretty simple: “200 dollars is on the table” would indicate 200 dollars in any form. That is, it could be a check, poker chips, Euros ready for exchange, etc. If we were to say “200 dollars are on the table,” we would be implying 200 single dollar bills. Generally this is not what we want to do.

Nevertheless, it’s not objectively grammatically incorrect to use the “200 dollars are” form… This implies that of course situations will arise where we see this as correct. They’re simply less common than the alternative.

New data from United States Forest Service ecologists show that for every dollar spent on controlled small-scale burning, forest thinning, and the training of fire-management personnel, seven dollars are saved that would have been spent on extinguishing big fires.

Notice that we’re using the “are.” Why? Well, the other four choices are of course objectively wrong. 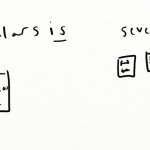 Nevertheless, it sort of makes sense to say “seven dollars are saved” because seven dollars isn’t really a huge amount of money. We’re inflating its importance by using “are” and thinking about seven individual units rather than one unit of seven that seems somewhat puny.

Attack these problems and more at your leisure.

Check out my Complete GMAT Grammar Basics Part I for a dive deep into the waters of proper GMAT grammar.

This course will teach you all the fine distinctions you’ll need to master GMAT grammar and stop faking it, complete with multiple examples.

Part II will come through within a month’s time, addressing finer grammar points that some consider “style” rather than proper structural grammar. It will also include extensive suggestions on how to apply your new learnings.

Part II will come with a free download of the Last Minute GMAT Grammar audiobook so that you can review your grammar concepts on the train, in the car, or while exercising!

What are you waiting for? Check out the Complete GMAT Sentence Correction Course Part I today!

Head Coach Rowan Hand has been a GMAT tutor, writer, and editor of GMAT materials since 2005. Rowan has coached hundreds of clients in private and group classes and is the author of three #1 Amazon bestsellers in the GMAT category. Former clients have gone on to INSEAD, LBS, Columbia, Harvard, Wharton, Kellogg, and other excellent business schools.

Video: This Might Be the Ugliest Official GMAT Geometry Question

Are you Making the #1 Biggest Mistake in Your GMAT Preparation?

The Hidden Key to GMAT Preparation
Scroll up