One Study Technique That Will Change Your GMAT Mindset Forever

It’s simple. Change the way you think about failure. 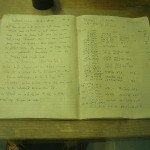 As a GMAT tutor, I’ve seen first-hand how part of any program of learning involves a lot of mistakes, a lot of missteps, and a certain amount of frustration.

Nevertheless, many GMAT takers—that’s you!–are people with impressive credentials, impressive careers, and basically have never failed at anything.

Or, if they have, they have figured out how to gloss over that fact on CVs, in interviews, and have probably even got rid of anything dodgy about them on Google!

That’s because, of course, failure is not tolerated in the business world.

The trick is to use the athlete or musician’s technique and embrace the failure.

Reframe it if necessary—think about the tired Thomas Edison quote, to paraphrase, “I haven’t failed, I’ve found 10,000 ways that don’t work.”

Even if electrocuting elephants (you can’t say you weren’t warned) isn’t your hobby, you can learn something from old T-Ed.

Edison knew that mindset was crucial to success. In fact, this was his massive triumph over his contemporary, rival, and—let’s face it—intellectual superior, Nikola Tesla.

Tesla hated failure and took all attempts to stop dissemination of his ingenious inventions as personally as one could.

(Thankfully for us, he was somewhat unsuccessful in this, because now we have Wi-Fi, radio, fluorescent lighting, and Alternating Current).

HOWEVER, Nikola Tesla died penniless in a hotel, surrounded by the hundreds of pigeons he regularly fed. These were his only friends.

OK, to be honest, I’m not suggesting that if you look at failure the wrong way you will die destitute and in love with a flying rat.

What I am suggesting is that if you focus only on getting things right, rather than allowing yourself to experience error, qualify it, quantify it, and learn from it, then you are doing yourself a disservice.

Tesla let failure get the best of him rather than seeing failure as a logical step toward success. Learn to see this step.

Or: make mistakes, which will clarify what is not a mistake.

Even better, and from a much better source:

“An expert is a person who has found out by his own painful experience all the mistakes that one can make in a very narrow field.”
–Niels Bohr, Nobel Prize-winning physicist, leading figure in Quantum Mechanics.

Or, to borrow a reframe from Tony Robbins, learn to think of the process as the reward rather than the goal.

According to Robbins, if you get angry because you’re not reaching the goal, you are actually overstepping the realistic and, thereby, tripping when you set unreasonable goals.

There’s nothing wrong with shooting for the stars, but if you find yourself frustrated by lack of progress, it’s important to define progress in increments that are visible.

That is, no one landed on the moon the day that someone decided to go. It took a lot of effort, a lot of research, and more than a few casualties—just look at Apollo 1–to reach this point.

Remember, it wasn’t until Apollo 11 that anyone actually landed on the moon, and the Apollo program itself was aimed specifically at the moon landing.

Nevertheless, no one involved in NASA at the time thought they were failing to make progress.

These scientists, pilots, engineers, and astronauts knew that they were making achievements every day toward the greater goal.

Sure you want to achieve the best possible GMAT score, but when your GMAT prep isn’t up to scratch that isn’t going to happen.

How can I assure that my preparation is as solid as possible?

Learn to think about every failure as a step toward something better – something learned.

In fact, I suggest keeping a notebook with notes on how you have solved every problem that you’ve done.

Whether Quant or Verbal, think about writing notes alongside the questions themselves.

What is the difficult part of the question – the inflection point? What separates the 500-level test taker from the 600-level from the 700-level?

Where did you fail? What can you do to assure that you won’t fail the next time?

Use a Weekly Review to Help Assess and Address Your Progress

Perhaps the greatest thing about using a notebook is the fact that you can look back through your work for the week and actually see the progress you’ve made.

Sometimes when you’re feeling down about your work, the best thing to do is simply to review your notebook and say, “Damn, I’ve actually learned something this week.”

It’s not always easy to see that, but the notebook makes it possible.

Want some help sorting out what is a mistake and what isn’t?

Talk to a GMAT Coach Today.

p.s. What mistakes have you made today?

p.p.s. Are you going to make those mistakes tomorrow?