Something that I always say to students who come to me is that attitude is one of the most important features of your GMAT prep.

Over the years, I have noticed that those who treat their prep with an air of fun or curiosity tend to be those who do the best.

This is hardly coincidence.

However, many begin their prep concerned about reaching a particular score for a particular school—or, worse, assuming that their GMAT score reflects something about their intelligence. 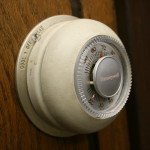 Let’s get one thing clear: the only thing that the GMAT reflects is skill at TAKING THE GMAT.

This is a difficult but learnable skill, and with enough effort, perseverance, and sweat anyone can do it.

But aren’t some people naturals?

Some people, myself included, have been trained in certain systems (American or American-based) that encourage students to take GMAT-style exams (SAT, GRE, etc.) from age 12 or earlier!

Other people have certain training such as Linguistics, Computer Science, or Physics that allows them to analyze and break down the questions in the appropriate way.

(As a side note, this is why most GMAT instructors come from one of these fields; my Bachelor’s degree is in Physics).

So the answer—if it isn’t clear—is that no, these people are not naturals.

Why might those people start a bit higher? They have, effectively, taken the damn test before!

However, despite the amount of preparation that some have, they still have problems with the test.

These are almost entirely psychological!

In certain ways, that makes overcoming them easier, but in others, it is more difficult.

After all, how does one change a psychological block?

It all starts with recognizing that the block exists.

To borrow a metaphor from T. Harv Eker (link), these people have a low “GMAT Thermostat.”

Much as Eker explains that people who constantly struggle with money, even those who earn huge figures but maintain a low or negative net worth, simply have their “mental representation” of their own wealth set too low.

The obvious example of this is of course lottery winners who have squandered all of their earnings within only a couple of years after winning.

Eker explains that this originally comes from programming, much of it unconsciously absorbed, often in the form of tired clichés such as  “money is the root of all evil” or “rich people are not good people.”

The flipside of this coin is millionaires and billionaires, Donald Trump a conspicuous example, who bankrupt themselves and only a few short years later are back in the same position as always!

Clearly, their “thermostats” are set higher.

Great, but how does this fit in with my GMAT Prep?

Well, it’s time to really take stock and think about what it is that you’re saying to yourself about the GMAT.

Your mind may be working against you, making study not stick, and letting fear get the best of you in the exam situation.

According to Eker, Programming leads to Thoughts lead to Feelings lead to Actions, which only then equal the result.

Each of these need to be addressed in turn.

That is, we need to figure out what your GMAT temperature is.

The first step is to elicit your goals for the test.

Take five minutes and write complete answers to these questions:

3)   What is the first thing that comes to mind when I think about the GMAT?

Next, we’ll tackle how to interpret these results and work through some techniques to increase the temperature on your GMAT thermostat.

p.s. Maybe it seems like you don’t have time for exercises like this. Just remember that the most successful people are often the most self aware.

p.p.s. Share your answers with me. I read every e-mail.